Contact us to add your own Recovery piece to this section

Your name will not appear on the website and you need not be a member.

"I believe the most transformative stuff only comes when people experience hope. Hope reframes everything and helps people to step out of their passive role and into a journey of self directed recovery. Small but important steps - it's not about abandoning outside help - it’s not about finding a cure for the illness - it's about finding clarity - clarity about who you are. Not the illness - YOU - beginning to believe that you can live the life you were meant to live even if the illness tags along for the ride. Hope is a powerful thing… and it's free…

For many years I hid my illness and bought into the negative self image that came with it, but now that I have a hopeful perspective, life is better. I work with the professionals now and together we create a fluid care package - I don't just passively wait for treatment to bring results - now I'm actively working to make them happen - because now I have a reason to get involved, a reason not to give up. It just seems so real now, things don't seem so out of reach…… I'm learning as I grow - and growing as I learn. That’s how life should be… Sometimes progress is painfully slow and at others it takes on momentum but I'm ok with that. I can't name all the people who have brought hope into my life but I recognise that - for each of them - it was a deliberate choice - they embedded the message in everything they did - and - little by little, I began to believe in it too. My illness does not define me anymore - hope does. It has helped me become the person I was meant to be. My illness is still here. I still have struggles. I still have times of horrible darkness - and there are many thoughts and plans I wish I could "un-think" None of that has changed but I've changed – I’m living proof that recovery is possible."

"Twenty one years ago I became a SU (Service User) with MHS (Mental Health Service), Southern Health and Social Care Trust (SHSCT) when I was diagnosed with severe post natal depression and was admitted to a psychiatric hospital for two months. Thankfully I made a full recovery and returned to full time work within 6 months of my diagnosis and remained well and in employment for the next 15years. Unfortunately about 7yrs ago my severe depression recurred - not post natal this time!!  This second episode of depression was much more resistant to treatment and I had to retire from work on medical grounds – mental health. My recovery journey this second time has been  much slower, approximately two years, but thankfully for the past 4years I’m back enjoying life again though remain on daily medication.

I attribute my recovery to a number of things. Caring family support and also some friends were supportive. Moreover I can’t thank enough the hospital treatment(nurses and doctors) I received, the support and recovery team including the community mental health team(nurses, social workers, doctors) and the home treatment team. CBT(cognitive behavioral therapy) was also tried but I’m sorry to say it didn’t work for me but I know many others who have found it really helpful. Also in my recovery journey I was referred by my community mental health team to the local Niamh(Northern Ireland Association of Mental Health) Beacon Centre 4 days per week.  Whilst attending this centre I was encouraged by support workers to participate in many activities including creative activities. Having always leaned towards scientific interests, I wasn’t sure about things like painting, card making, cooking and dance classes to mention but a few, though I tried my best. We also did some exercise eg walking and cycling from time to time but most importantly the support workers in the centre continued to positively interact with me even though I felt unable to reciprocate very much.

Initially during the early stages of recovery, my self confidence was practically non existent but with time my confidence started to grow and I was able to interact/connect much better. When the manager of the centre suggested I might go and observe what happened at our local Mental Health Forum(MHF), I agreed. I found that MHF meeting (members were other service users/carers as well as advocates), very informative and interesting. I wanted to help other service users (like myself) and carers if I could. This became a new challenge for me. Subsequently a few months later I was ready to be discharged from the (Niamh) Beacon Centre (by mutual agreement) though I continued to attend the monthly MHF meetings in the Beacon Centre. The chairperson of the MHF suggested that I could represent the MHF at a new Trust Group called UCSIG (User Carer Service Improvement Group). I enjoyed the monthly UCSIG meetings very much (and continue to do so) and  I now represent service users/carers on a number of different groups/committees. However  because my role is voluntary, I can make time for the other priorities in my life – family, friends, church and golf. As I said previously am really enjoying life again and would say to anyone, recovery is different things for different people, but just enjoy life as much as you can!"

"Recovery is about stripping away the labels and actually getting to know myself - finding out what's important to me, what I'm passionate about, and then being brave enough to start reshaping my life to reflect that."

"Diagnosis was continuous depression and anxiety. Method used to cope with this was Acceptance and Commitment Therapy. This involves accepting and letting go of symptoms, while at the same time proceeding with the business of the day. As the symptoms were continuous so use of the therapy tools had to be just as persistent combined with it particular, was quite a lot of prayer. The result was lengthy periods of comparatively symptom-free health. Needless to say a lot of resilience was necessary to enable coming back again and again from setbacks. This did enable functioning in the Bamford monitoring group two mental health forums and as a service user with The School of Clinical Psychology that trains psychologists. As well as that was membership of my GROW a health recovery group meeting weekly in Newry. This was very helpful. There were no excuses because even on the worst of days I simply made myself do what had to be done. It is now 43 years since my last hospitalization.” 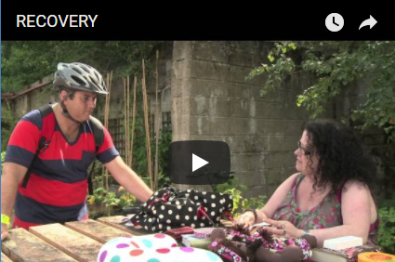 This film has won awards for excellence and we are particularly proud to see it being used as part of mental health training and support work here and abroad. 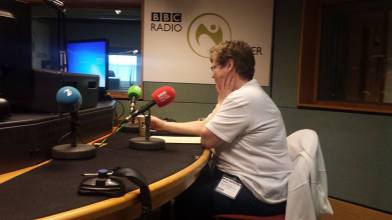 A contribution to BBC Radio Ulster's "Thought for the day" by one of our members (2015) Shared with BBC permission.
Speaking about the nature of stigma in relation to mental health.
Thought for the day 8.2.15.mp3
MP3 audio file [5.3 MB]

Back to Top of the Page
Back to The Home Page

Recommend this page
© The Mental Health Forum - Southern Health & Social Care Trust Area, N. Ireland.... Your site use confirms an understanding and acceptance of the legal terms and conditions laid out in the Legal notices section of this website - www.thementalhealthforum.co.uk.
Login